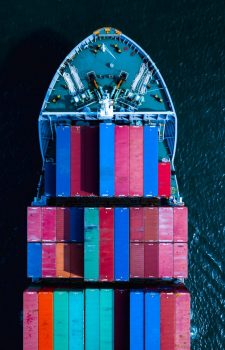 The Prime Minister and current government have advocated ‘Global Britain’ at several key moments, and it is therefore important to consider what it means and how the UK government can achieve this ambition.

This research paper sets out to identify what the UK does differently from France, Germany and Sweden, notably through their outward trade missions and delegations. What are public authorities doing to increase our own national champions’ access to relevant markets? The author, Jim McConalogue seeks to identify areas where the UK government could lend more support to our global champions to give them a competitive advantage.

The research proceeds with an analysis of a representative number of foreign delegations combining senior officials and trade/business delegates over a 10-year period for each of the four countries. Have they helped drive exports and investment, and if so, how? The research develops a comparison of how our arrangements have benefitted them and how they could generate advantages for the UK in the immediate future.

An essential feature of trade support across many advanced industrialised countries has often been the role of trade missions. Civitas researchers found that government-backed trade missions have secured at least £56 billion of investment into the UK over the last decade.

In terms of producing demonstrable export benefits, research has shown that not only do trade missions increase the profits of participating businesses, they also promote non-exporting companies to engage in export activities. This report raises concerns that Britain is falling behind other major economies in winning global investment and more needs to be done at the highest political levels to support our global champions.

The report provides a series of recommendations for future governments to support our exporters and learn from other countries who ‘pull out all the stops’ to win investment into their country.