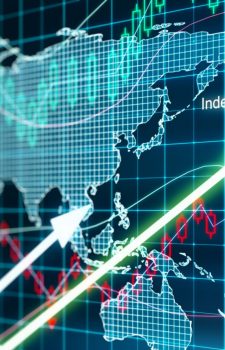 Free Trade under Brexit: Why its benefits to the UK have been widely underestimated

In this report published by Civitas, Patrick Minford (Professor of Applied Economics, Cardiff University) analyses the ways in which official trade modelling and policy assumptions have underestimated the gains from free trade with non-EU countries.

The UK government has rolled over almost all Free Trade Agreements between the EU and non-EU countries, negotiated new deals with Australia and New Zealand and formally applied to join the Comprehensive and Progressive Agreement for Trans-Pacific Partnership (CPTPP), the Asia-wide trade pact. Professor Minford asks why official calculations underestimate the gains from these deals.

In ‘Free Trade under Brexit: Why its benefits to the UK have been widely underestimated’ Professor Minford applies his own Cardiff world trade model to the recent trade deal struck with Australia. This new analysis finds that this deal is likely to boost UK GDP by 3 per cent, a more positive outlook than the 0.08% predicted by government economists.

Professor Minford challenges official assumptions around ‘gravity’ in economic modelling and questions why they predict ‘trivial’ economic gains from new Free Trade Agreements. This popular theory has a bias towards trade with geographically nearby countries at the expense of doing business with more distant markets, proximity is substituted for competitive advantage.

Fashionable economic opinion uses gravity theory to predict that the UK will be poorer after leaving the EU but Professor Minford shows that this model fails to fit the facts of UK trade and uses his own model which succeeds in doing so to predict ‘big gains from free trade with the rest of the world and no loss from moving from the EU status quo to a Free Trade Agreement with the EU. Professor Minford is forensic in his analysis and debunks ‘false policy assumptions’ which together with the poor’ gravity’ modelling bias calculations towards negativity.