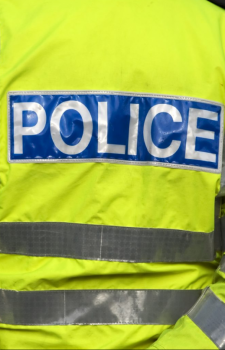 In response to the Home Affairs Select Committee’s report – The Macpherson Report: Twenty-two years on

Following the Home Affairs select committee’s recent report, The Macpherson Report: Twenty-two years on and its inquiry into the impact of the 1999 Macpherson report, this recent response by the Director of the Statistics and Policy Research Programme at Civitas, Richard Norrie, finds the committee’s report ‘strikes a downbeat and pessimistic tone’.

Richard Norrie’s response presents a critique of the report by ‘examining the foundations for its pessimism’.

Where the select committee report concludes that there still persists a ‘confidence gap’ particularly among ‘black communities’ and presents data to show that confidence and trust in the police are lower among black people, Richard Norrie finds that:

‘While this is true overall, these figures should not be accepted without reservation. It is acknowledged as well as strongly underplayed in the report that this is largely found among black Caribbean people.’

‘The confidence deficit can further be attributed to middle class and young black individuals, particularly students.’

Ethnic composition of the police

‘The select committee report presents a gloomy overview of the advance of ethnic minorities in the police force, and not entirely without reason.’

‘Data obtained from the College of Policing show that the shares of ethnic minority people taking the tests have been proportionate to their shares of the country’s population’, he argues.

In response to the select committee further finding ethnic minority police officers were more likely to be subject to disciplinary processes and more likely to be fired, the author calls on the Equality and Human Rights Commission (EHRC) to investigate this further.

What is the difference between ‘positive action’ and ‘positive discrimination’?

‘What court of law would not deem a target backed by sanctions for non-compliance, to be a quota? Why is a parliamentary select committee, in effect, advocating setting the police on a collision with the courts?’

‘The risk is that in response to government pressure, police start appointing those who would otherwise fail to make the cut. This would meet the target/quota but would put poor candidates into positions of responsibility in matters, sometimes of life and death.’

‘Race is not a qualification, but rather a group characteristic. We wish to appoint on individual merit and suitability and nothing more.’

‘The report is based largely on the testimony of senior police officers, individuals associated with the Macpherson report and the Lawrence case, government officials, and civil society organisations that tend to have a leftist worldview on race. There is no evidence of any of the prominent critics of Macpherson being solicited for advice…’

Disparity in stop and search

The author of this report identifies:

‘As a general rule, low probabilities in an event occurring tend to entail high disparity in relative terms, when comparing groups.’

‘Today, stop and search is less frequently used and black people are much less likely to experience it, despite increases in more recent years. The absolute difference relative to white people has shrunk substantially.’

‘Generally, as things get better, the probability of an event will drop, meaning an inevitable growth in relative disparity between any two groups. That this is presented as a worsening of policing, without qualification, is highly dubious.’

‘Another argument is that we should benchmark the minority stop and search rate against the share of ethnic minority individuals involved in crime. The select committee notes that ‘BAME people represent 41 per cent of London’s population but make up 59 per cent of homicide victims and 78 per cent of those charged with homicide’. Thus, 80 per cent of stop and searches in London happening to people other than white, is arguably defensible.’

‘Even if there were no discrimination by police, which I by no way rule out, there would still be disproportionate outcomes.’

Looking across many other areas, including the efficacy of stop and search and hate crime statistics, Richard Norrie indicates that ‘What Macpherson has done is fuelled an endless obsession with disparity as though it were only and ever the result of bad behaviour of white people, and not something both reasonable to expect but hard to understand empirically.’