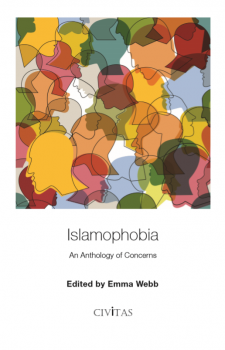 Islamophobia: An Anthology of Concerns

In November 2018, the All-Party Parliamentary Group on British Muslims published a report proposing a working definition of Islamophobia which described it as ‘a type of racism’. Despite having received barely any public scrutiny or debate, the definition has already been adopted by local councils and political parties.

This volume brings together critiques from a wide range of distinguished voices anxious about the implications of the definition in a free society. It includes atheist, secularist, religious and academic assessments of the danger that the definition poses to civil liberties in the UK, including freedom of expression and freedom of academic and journalistic inquiry.

‘This comprehensive anthology of widespread concerns about the danger to free speech and legitimate discussion in the use of the vague catch-all term Islamophobia, is both timely and welcome.

‘The report will not only help protect free speech and legitimate criticism, but also help us understand why Muslims and other religious communities are sometimes the target for hate crimes that shame society. Perpetrators of such crimes do not carry out a detailed study of a religion before expressing antipathy. Hatred arises out of ignorance in which small differences can assume frightening and threatening proportions.  It can only be removed through greater emphasis on religious and cultural literacy.’

Spiked: We must not introduce new blasphemy laws, by Emma Webb