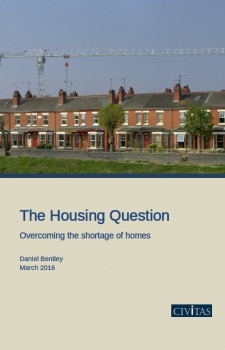 The Housing Question: Overcoming the shortage of homes

Something has been going wrong in the British housing market for some time now. The problems that have accumulated are manifold – home ownership is falling, social housing waiting lists are growing, overcrowding and homelessness are increasing, to name a few – but the bottom line is that housing has become increasingly expensive for everybody. Too much money has been chasing too few homes, and affordability has worsened dramatically as a consequence.

What is needed is a major step change in approach that will provide a substantial increase in supply, a significant fall in demand, or – preferably – both of those things. Successive governments in recent years have failed to tackle these issues but it is important to remember that we have overcome this challenge before. A century ago, overcrowding and high housing costs had been endemic for many decades. Over the course of the 20th century, however, a series of major public sector housing initiatives substantially overcame what had been known as ‘the housing question’. Between 1921 and 1939, publicly-funded housebuilding averaged about 70,000 a year; between 1948 and 1979, it did not drop below 100,000 a year. Costs were kept in check and home ownership came within reach of the large majority of households.

Since the 1970s, state investment in bricks and mortar has been steadily wound down and the business of housebuilding left almost entirely to the private sector. Council housebuilding has been running at just 2,000-3,000 homes per annum in recent years; housing associations make an important contribution but even they only build in the region of 30,000 per annum. The result has been to expose housing provision to the same dynamics it was subject to prior to the First World War: volatility in prices, volatility in output, increasing scarcity and, finally, rising housing costs and all of its attendant social problems. While conditions today do not bear comparison with those of a century ago, the root cause of the problem is almost identical: the unprofitability to private developers of building sufficient numbers of homes.

What principally separates today’s housing model from its Victorian counterpart is the provision of housing benefit as a much-needed safety net in a system that is failing to serve all of the population. The cost of this safety net has spiralled since the 1980s, however, and there will be little to prevent it spiralling still further in the years ahead unless we tackle the imbalance between supply and demand. The shift in the 1970s and 1980s from capital spending to revenue spending – from bricks to benefits – is looking increasingly poor value for money.

It is widely acknowledged that England needs in the region of 250,000 new homes a year to keep pace with the rate of household formation; if we are to start tackling the backlog that has been mounting over many years then we will need to build a lot more homes than that. In the decades after the Second World War, such output levels would have seemed unremarkable: annual housebuilding in England was above 250,000 for most of the 1950s and then above 300,000 for most of the 1960s. Today such numbers seem fantastical: since 2008 annual output has barely been above 100,000 and even before the financial crisis struck it had not been above 200,000 since the 1980s, and then only briefly. Over the last couple of years, housebuilding output has picked up a little, with 2015 witnessing 142,890 completions, and 143,560 starts, in England. But these figures still fall a long way short of what is needed. This paper contains two central points to concentrate the minds of policymakers as they grapple with the housing question that has resurfaced for the 21st century.

The first is that the supply of housing has only ever been sufficient when private sector output was topped up by public investment: such was the case in the 1920s and 1930s, and then in the 1950s and 1960s. In both periods, shortages were substantially overcome and the cost of housing in proportion to earnings levelled out or even fell. Central to both periods were major council housebuilding programmes that essentially built those homes the private sector would not. Historically, there has always been a proportion of the population at the lowest end of the income scale for whom building homes is not profitable; either the state builds these homes or they are not built. In addition, housebuilding by the private sector has always been driven in cycles by wider economic conditions, not in strict correspondence with the actual need for housing.

The second is that the interests involved in private housebuilding (encompassing not just developers but landowners too) lack any incentive to guarantee the supply of sufficient homes. Private-sector housebuilders cannot, having puchased land based on projected future values, build so many homes that housing costs fall; to turn a profit on any given project, homes can be released into the local market only as quickly as they can be sold at or above current prices. When prices fall, builders stop building until prices recover. These patterns have been documented in recent decades but they were observable too in the pre-war period, the last time there was a market-centred approach to building. Private-sector housebuilding is essential, but it is not enough on its own.

There are other issues to address in housing other than the need for public investment. The planning system and the rules protecting the green belt in particular are frequently cited as complicating factors; there is no doubt that we need to bring forward more land for development. But that would be no silver bullet: there are already large numbers of unbuilt planning permissions in place, and the backlog has been growing. A central objective in tackling the housing situation must be to get these planning permissions built at much faster rates. This means overcoming the incentives that currently exist to build out sites slowly. Another major factor that has impacted on housing is the vast expansion in the availability of credit in recent decades, which has increased purchasing power enormously. This has had significant consequences for house prices which may still need addressing even when – or if – housing supply is substantially increased.

Nevertheless, there is no solution to the housing crisis that does not involve a large increase in the rate of housebuilding. The evidence suggests we cannot afford to leave this challenge to the market any more.

Developers ‘must meet homes target or lose land’, The Times

Lessons from history: A century ago the Tories accepted only councils could solve the housing crisis, CityMetric

Developers have had the carrot. A land bank tax would offer a stick, The Times

Osborne mulls ‘use it or lose it’ crackdown on housebuilders’ land, Property Week 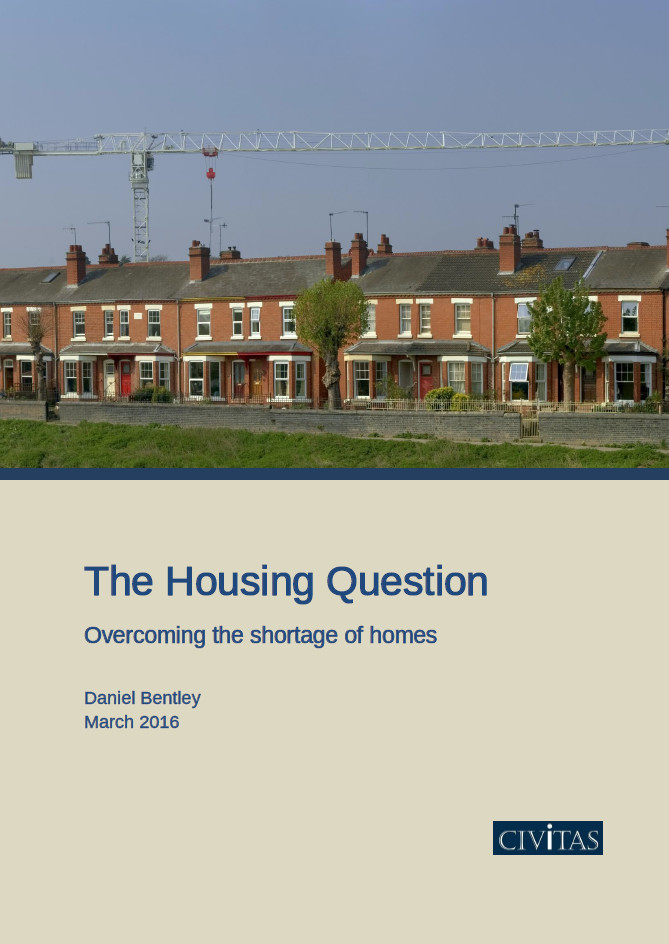 Daniel Bentley is Editorial Director at Civitas and a former political correspondent for the Press Association. His previous reports include ‘Finding Shelter: Overseas investment in the UK housing market’ (2014; co-authored with David G. Green) and ‘The Future of Private Renting: Shaping a fairer market for tenants and taxpayers’ (2015). He tweets @danielbentley