Our Aims and Programmes

We strive to benefit public debate through independent research, reasoned argument, lucid explanation and open discussion. We stand apart from party politics and transitory intellectual fashions. We make our work available in books, pamphlets, online, and in electronic formats and encourage authors to make their arguments accessible to non-specialists. Some publications are designed for use in schools and universities. Most recently, we have published a knowledge-rich primary school curriculum designed to enable children of all abilities to share in the intellectual heritage of Western civilisation.

Uniquely among think tanks, we play an active, practical part in rebuilding civil society by running schools on Saturdays and after-school hours so that children who are falling behind at school can achieve their full potential.

Primary Education For Children Falling Behind at School

Many primary school pupils are not learning the basics. On Saturdays and after school hours during weekdays we provide lessons in English and maths for children who have fallen behind. We use a no-frills approach which concentrates on high-quality teaching along traditional lines to enable children to master essential skills quickly. We emphasise small class sizes, reading through synthetic phonics and mental arithmetic.

Civitas operates twelve supplementary schools in London. The schools provide additional English and maths lessons for over 300 primary-aged children each week. Our aim is to encourage disadvantaged children to be high-achievers, to reach their full academic potential and thereby to open up new opportunities. The children also benefit from a two-week summer school. The effect of the schools on the lives of the children is noticeable in the short-term, and in the long-term it is incalculable. As a result of attending the schools we hope and expect that the children will do better at school and find themselves with more options when they join the world of work. We hope they will become prosperous and responsible citizens.

The demand for what the schools are offering is very high and we have hundreds of children on our waiting lists.

We have published a knowledge-rich curriculum that will allow schools to bring out the best in every pupil from every background, prepare children for public responsibilities, and encourage social cohesion by emphasising our common heritage. There are six books, one for each of the primary school years, beginning with What Your Year 1 Child Needs to Know. The books give parents the tools to judge how effectively their children are being taught. The full primary curriculum is available online at Core Knowledge UK.

We facilitate informed public debate by providing accurate factual information on the social issues of the day, publishing informed comment and analysis, and bringing together leading protagonists in open discussion. Civitas never takes a corporate view on any of the issues tackled during the course of this work. Our current focus is on issues such as education, health, crime, social security, manufacturing, the abuse of human rights law, and the European Union.

We ensure that there is strong evidence for all our conclusions and present the evidence in a balanced and objective way. Our publications are usually refereed by independent commentators, who may be academics or experts in their field.

Before founding Civitas in 2000, Dr David Green had been at the Institute of Economic Affairs since 1984, and Director of the IEA Health and Welfare Unit since 1986. He was a Labour councillor in Newcastle upon Tyne from 1976 until 1981, and from 1981 to 1983 was a Research Fellow at the Australian National University in Canberra.

Editorial Director and Director of Communications

Jim joined Civitas in December 2019. He is the author of ‘The British Constitution Resettled: Parliamentary Sovereignty Before and After Brexit’ (Palgrave Macmillan) which looks at how EU membership impacted on historical precedents underpinning UK parliamentary sovereignty – and the basis for a new constitutional resettlement of powers after Brexit.

Justine Brian joined Civitas in 2017 as Director of Civitas Schools.

Emma joined Civitas in 2012 to work on the Core Knowledge UK curriculum project. She is a qualified primary school teacher with experience working in inner city London. She taught in a state primary school for five years, was religious education co-ordinator and a member of the senior leadership team. In her previous position Emma ran after-school training for parents to support their children’s learning and acted as a mentor for newly qualified teachers. Emma qualified as a teacher on a SCITT (School Centred Initial Teacher Training) programme after working as an assistant in the European Parliament in Brussels.

Director of the Forum on Integration, Democracy and Extremism (FIDE)

Formerly a research fellow at the Centre for Radicalisation and Terrorism at the Henry Jackson Society, Emma’s research has focused on how Islamist extremist groups in the UK and Europe establish or exploit organisations and institutions, the social dimensions of extremist networks, funding of extremism, counter-extremism policy and Prevent, and the extremism-free speech debate. She has written extensively on these subjects, has advised the public sector, been featured on national and international media, and has written for The Times, Daily Telegraph, Independent and the Spectator, among others. Emma has an MA in Theological and Religious Studies from Trinity College, University of Cambridge, and an MA from King’s College London (KCL).

Senior Fellow and Director of Islam, the West and Geopolitics

Ed Husain joined Civitas in September 2017 as Senior Fellow and Director: Islam, the West and Geopolitics.

Director of the Freedom, Democracy and Victimhood Project

Joanna Williams joined Civitas in January 2020 as Director of the Freedom, Democracy and Victimhood Project.

Richard Norrie joined Civitas in July 2020 as Director of the Statistics and Policy Research Programme. 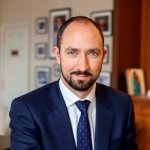 Radomir Tylecote is Director of the Defence and Security for Democracy (DSD) Unit at Civitas. He is a co-founder and the Director of Research at the Free Speech Union, co-founder of the Good Governance Project and a Fellow of the Institute of Economic Affairs.

His double-scholarship winning PhD from Imperial College Business School was a quantitative study of the impact of state intervention on China’s high-tech firms and innovation performance. He has an MPhil in Chinese Studies from Cambridge University, is the author of numerous influential papers and is frequently published in the UK press including the Telegraph, City AM, the Spectator, CapX and elsewhere.

Ben Cobley joined Civitas in November 2019 as Research Fellow. He is the author of The Tribe: The Liberal-Left and the System of Diversity.

Catherine Green is responsible for the subscription and membership service.

Sadiyah Mir started at Civitas Schools as an English and maths teacher. She became Assistant Director in November 2016, and continues to teach every Thursday evening.

Atlanta joined Civitas in December 2018. Previously, she was an assistant librarian in an independent school. Atlanta has a BA in History from Durham University and an MPhil in Modern European History from Corpus Christi College, University of Cambridge.

Professor Davies is also Director of the Criminal Justice Centre based in Ealing Law School at Thames Valley University. He has been a visiting scholar at the Centre for the Study of Law and Society at the University of California, Berkeley (1987/8 and 1990), and at the Law School at UC Davis (1987/8 and 1990); and, a visiting Lecturer on the International Criminal Law Programme in the Department of Criminal Law and Procedures, at the University of Helsinki (1994 and 1996).

Professor David Conway joined Civitas in 2004. Before joining Civitas he was Professor of Philosophy at the University of Middlesex. His publications include A Farewell to Marx; Classical Liberalism: The Unvanquished Ideal; Free-Market Feminism; The Rediscovery of Wisdom and In Defence of the Realm: The Place of Nations in Classical Liberalism; A Nation of Immigrants?, 2007; and Liberal Education and the National Curriculum, 2009.

Rumy Hasan joined Civitas in August 2019. Since the 2005 London suicide bombings, his research has focused on the situation of Muslims in the west, concerns about segregation and social cohesion and the causes of radicalisation. His books include Multiculturalism: Some Inconvenient Truths, 2010, and Religion and Development in the Global South, 2017. He has worked with former EHRC chairman Trevor Phillips on integration and in 2015 became a member of the EU’s Radicalisation Awareness Network. He is a senior lecturer at the University of Sussex.

Michael Burrage has written a series of Civitas publications on the European Union since 2014. He became a visiting senior research fellow in 2017.

Robert joined Civitas in 2013, having spent two years on the Teach First programme teaching history in a secondary school in Birmingham.

“To advance the study and understanding of religion and ethics in society and any other charitable purpose.”

Our policy is to encourage donations from a wide variety of sources so that we are not unduly reliant on any one donor. So that authors can write without fear or favour, our publications are not sponsored. Many companies and charitable foundations like to focus their charitable giving on a specific project, such as a Saturday school, and so we do allow organisations to sponsor our supplementary schools. Philanthropic support for the education of children who are falling behind at school does not involve a potential conflict of interest.

We publish the names of donors who, on request, are willing to be identified. However, we respect the privacy of donors when they have a legal right to make charitable donations without being publicly identified. While transparency is an important value, there are also good reasons why some foundations and individuals prefer not to be identified. This might include modesty, personal security, or a desire to avoid being aggressively targeted for donations by other organisations.

A total of £396,675 was donated for our research, seminars, publications and related work. Charitable foundations gave £192,000 and companies donated £19,000. One company gave £5,000 and the others gave smaller amounts.