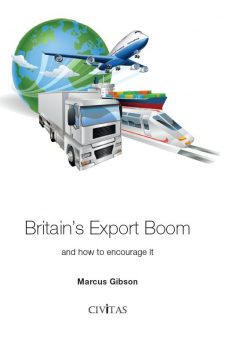 Britain’s Export Boom: and how to encourage it

It has been widely claimed by many leading voices of the UK’s institutions, corporations and organisations that the UK would face a national disaster if it left the European Union. But as Marcus Gibson argues, a whole generation of organisations and individuals have been proved wrong – given that the post-Brexit UK economy expanded and vital sectors in manufacturing experienced a revival after decades of government neglect and decline.

Marcus Gibson, Head of Gibson Index, which produces a comprehensive index of small technology companies in the UK, finds the ‘Brexit Boom’ is happening. It is real and the pace has been accelerating – albeit, currently subject to the immense national and international disruptions in trade and travel paralysing various sectors following the coronavirus outbreak.

He charts an export revival to changes four years ago – before the ‘Leave’ decision in the referendum – when tens of thousands of Britain’s smaller companies (SMEs) began to abandon efforts to find a sale in the EU and moved their marketing firepower to countries beyond Europe. And they have been winning lucrative export deals in many a distant market.

The strongest evidence behind the growing strength of the post-Brexit economy has been the extraordinary rise in the UK’s export volumes – much of it pioneered by the UK’s unequalled collection of SMEs. They frequently design, manufacture and market high quality, niche products. For Gibson, this is the UK’s ‘real economy’, made up of 235,000 SME exporters.

Charting the reasons behind why UK exports have been rising, and how we can accelerate UK exports, this book suggests a number of key low-cost programmes the government could implement, including a programme to promote an increase in UK exports by recruiting an ‘Export Elite’ of SMEs that already export to around five markets – and expand them into 50 export markets. Ultimately, it concludes ‘Brexit means Boom, not Doom’ in which the UK’s growing trade with non-EU countries is forecast to continue.